The 5th largest park in the world to be open in May 2023 in Istanbul.

Posted by greaterturkeyofficial on 17/06/2022
Investing in Turkey, News
2 Comments 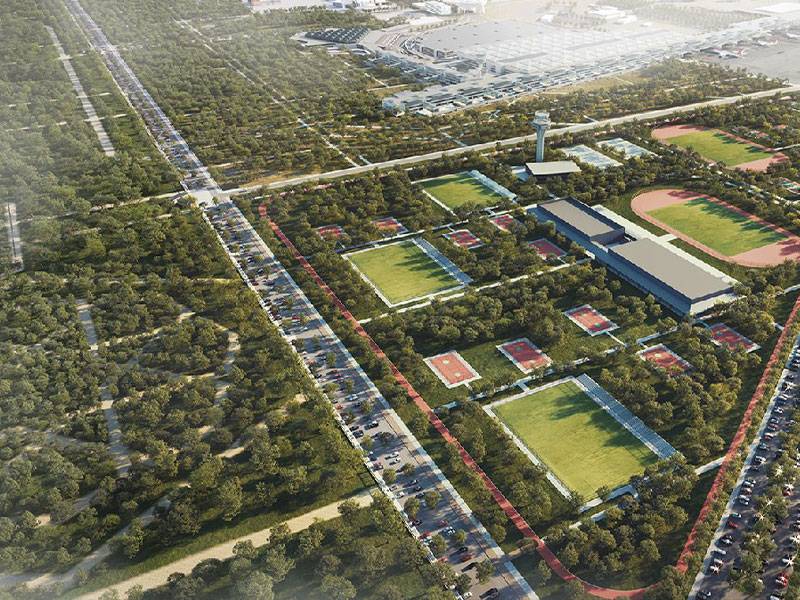 Istanbul always surprises us with major projects that the world talks about and are considered to have a great impact and a future vision that indicates intelligence and sophistication. We have previously witnessed the Eurasia Tunnel and Marmaray Metro in the heart of the Bosphorus, the medical city with the largest botanical garden in Europe, and Istanbul’s largest airport in the world.

Today, Turkey is launching another project with terrific numbers, majestic in its details, the National Park instead of the historic Ataturk Airport in Istanbul will be opened at the beginning of 2023 based on the statements of the Turkish government, the whole of Istanbul is expecting the entry of a new breath of oxygen to it.

In this article today, Greater Turkey is talking to you about the People’s Park project instead of Ataturk Airport with a quick overview of Ataturk Airport, and then moving to talk in detail about the National Park with numbers, features, and characteristics, follow the article with us to discover it.

The airport was built in 1924, but it was opened for travelers in general in 1953. The airport was named at that time after the founder of the Turkish Republic, “Ataturk”, before it was previously named Yeşilköy Airport based on the location in which it is located.

Ataturk Airport is located along the coast of the Marmara Sea in the Bakirkoy region, specifically in the locality of Yeşilköy, which is blessed with vast green spaces and meadows. In the past, it was one of the most important active airports in the world, as the number of passengers through it in one year reached 60 million!

Atatürk Airport bid farewell to its last flights on April 6, 2019, when all flights were then transferred to the new Istanbul airport, “the largest in the world”, to turn a page full of stories and memories. The reason is that there is no longer possible capacity and there was a need to build a larger and wider airport, however, it was limited only to cargo flights.

A National Park instead of Ataturk Airport

Ataturk Airport is turning into a project that will be an outlet for the people of Istanbul. This idea was built on the project put forward by the Turkish government, and it adopted the inauguration in the past few days on May 28, 2022, in the presence of Turkish President Recep Tayyip Erdogan.

This was on the 569th anniversary of the opening of Istanbul “Constantinople”, where the inauguration and planting of the first seedlings of the largest national park in Turkey, with the opening of its first stages in 2023, and the National Park will be the fifth largest internal park in the world!

According to its engineering drawing, National Park covers an area of ​​the entire land of Ataturk Airport about 5 million and 61 thousand square meters, and the park will be designated for hiking and there will be no means of transportation other than walking and jogging, to ensure a safe walk for children, mothers, and the elderly.

As for the old buildings and facilities at the airport, they will be removed or restored to allocate them to local and international exhibitions, and some of them will be converted into scientific centers for youth, specifically modern technological sciences.

The total number of trees and seedlings in the National Park will be 145,300, and this figure was inspired by the figure for the year of the conquest of Istanbul with 1453, and this is not strange for huge projects because the government is always keen to give them touches with valuable moral meanings like the one, we saw in the Great Çamlıca Mosque.

As for the internal gardens, they will include a water spring with a large valley along the entire length of the garden, and the trees planted in the garden will be fruitful and have broad leaves to suit the four seasons of the year.

Some of the types of trees that are planted are 350-year-old olive trees, 50-60-year-old linden trees, plane trees, and various types of flowers, especially the beautiful tulips that are famous in Istanbul in general and Emirgan Park in particular.

Children also have a large share among the folds of this garden, where nearly 10,000 square meters of the garden have been organized only for children’s games and amusement parks, smart activities and activities that help children use their various games and discover their senses and hobbies as well.

In conclusion, it is clear and evident recently that the Turkish government is interested in increasing the green spaces and parks between the alleys and streets of its cities, so that it seeks to have a per capita share of at least 15 square meters in general.

Greater Turkey is proud to offer you its advisory services in the field of investment and real estate purchase in Turkey, a long experience and rich in advice that guarantees you a safe and successful investment, and we put it in your hands with confidence.

What Are the Types of Title Deed in Turkey?
Education in Turkey | Learn More About Types Schools and Universities