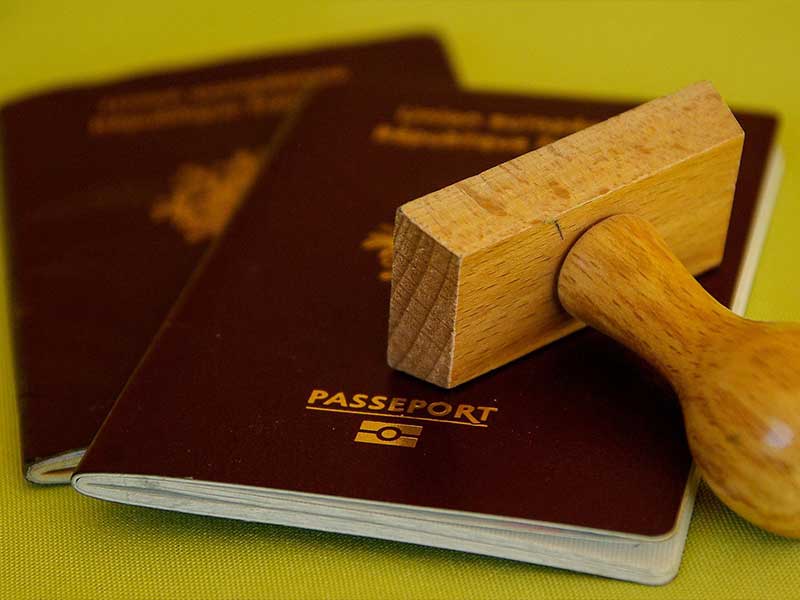 The second passport has always been something of interest to many investors and businessmen, especially in the Middle East, because it enables them to travel without a visa, or to settle in a safe country that meets their future aspirations.

Advantages of obtaining a second passport

The second passport is your way to get rid of the boring routine of obtaining an entry visa to a country; It gives you ease of movement between one country and another, without the need to obtain a prior visa.

This, however, gives you the flexibility to find an alternative plan in emergency cases, such as urgent medical treatment that may not be available in your country, without losing time in the medical visa process.

On the other hand, the second citizenship opens a wide field for you for jobs that are limited to local citizens, as well as facilitating your investment when you need to obtain commercial licenses, or when opening international bank accounts.

Not to mention of what second citizenship gives you of a comfortable standard of living and a better future for your children in terms of education, health care, services, as well as wider options in securing the appropriate profession for them after graduation.

The best options for a second passport

There are many countries in the world that gives you a second passport in return for investing in their territories in large amounts, or by making donations to the government fund, and other conditions that may be difficult for many investors to achieve.

In fact, obtaining a strong passport will inevitably cost you a lot, but if it is in the form of a guaranteed investment to save money, with a profitable profit margin, this will be the perfect choice … which is what the Turkish passport achieves for you.

Turkish passport is of the best option

The Turkish passport has become a better option for many Arab investors, in light of the laws and legislation issued by the Turkish government in this regard, which would facilitate the naturalization procedures for foreigners associated with an investment that preserves their money.

You can obtain Turkish citizenship by real estate investment, depositing an amount of money in a Turkish bank, investing in fixed assets, establishing a company, and employing at least 50 Turkish citizens.

In addition, the Turkish state cares about its citizens and provides them with means of safety and protection inside and outside its borders, while providing the highest levels of care and attention to their affairs wherever they are.

Advantages of obtaining a second citizenship from Turkey

As we mentioned earlier, Turkish citizenship has become the focus of investors’ attention, Thanks to Turkey’s steady growth in all economic sectors, as well as its geographical location close to the Arab region, and the European borders at the same time.

The following are the most important advantages of obtaining Turkish citizenship:

The Turkish passport is ranked 50th in the list of the most powerful passports in the world 2022, which reflects its strength and position globally, a passport valid for 10 years, in addition to allowing dual citizenship.

The Turkish passport gives you the freedom to travel to 110 countries around the world without a visa, to 42 countries with a visa on arrival, and to 7 countries with an electronic visa via the visa website.

The health sector in Turkey is characterized by a strong infrastructure capable of facing any global pandemic. Hospitals are equipped with the latest medical devices and equipment, as well as the presence of elite health care providers, from nurses and doctors in all fields.

This had the greatest impact on Turkey’s ability to confront the Corona epidemic and prevent its spread in the country, at a time when the world’s largest countries stood idly by, unable to address the repercussions of the crisis.

As Turkey dealt with the crisis with wise medical management, by providing thousands of homemade respirators within a short period, while imposing strict safety measures, such as closures and curfews.

Turkey uses the latest technology in its government institutions, which improves the level of its services provided in various fields, and makes it very convenient for its target audience, whether citizens or expatriates.

Education in Turkey is supported by the government, with a diversity of systems and languages adopted at all educational levels, including education within public and private universities, which are spread in Turkish cities and states.

From the above, we can say that Turkish citizenship through real estate ownership worth 400,000 US dollars is one of the easiest and safest ways to obtain a second passport, for you and your family.

If you would like to learn more information about Turkish citizenship by investing in real estate, do not hesitate to contact the team of Greater Turkey Real Estate Company, to obtain the best consultancy from our experts, and to view the real estate opportunities that qualify you to obtain citizenship and achieve a safe investment with a good profit.

Learn More About Property Taxes Before Investing
Inheritance in Turkey