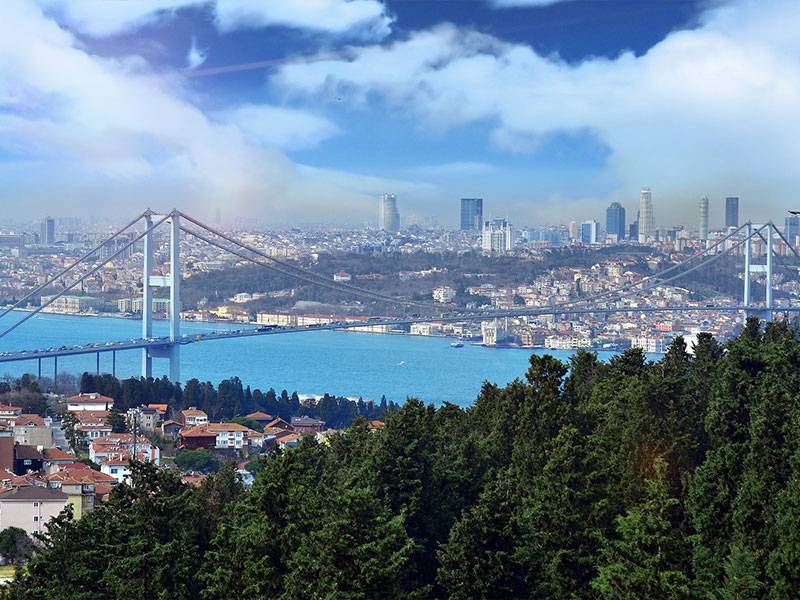 Thanks to the efforts of the Turkish state in dealing with the consequences of the crisis, tourism in Istanbul has never experienced a stagnation comparable to other major tourist cities in the world after the easing of the closure restrictions scheduled to curb the outbreak of the Coronavirus.

However, Turkiye was able to bring the tourism sector in the city of the two continents to its highest levels before the epidemic as the number of foreign tourists who filled Istanbul last June exceeded twice what it was during the year 2021.

According to what the World Travel and Tourism Council mentioned in its latest report, Turkiye is set to top fourth place among the list of the best European travel destinations in the summer of 2022.

Tourism in Istanbul 2022 | Figures and Statistics

Statistics from the Turkish Ministry of Culture and Tourism revealed that Istanbul received more than 6.75 million tourists from January to June 2022.

Furthermore, data showed that the number of tourists who visited Istanbul last June rose to more than 1.47 million, an increase of 115% compared to the same period in 2021.

The number of visitors to the city during the month of June of the year 2021 reached about 684,621, while it reached about 1.1 million and 1.36 million during the same period in 2018 and 2019, respectively, before the outbreak of the epidemic.

Germans and Iraqis are top visitors to Istanbul

A statement indicated that arrivals from Germany to Istanbul last June topped the list of European countries with 126,507 tourists, followed by Russians with 117,169, Iranians with 99,115 tourists, then Americans and citizens of the United Kingdom with 96,604 and 59,901 tourists respectively.

As for the number of Arab tourists coming to Istanbul, the report of the Directorate of Culture and Tourism showed that the citizens of the State of Iraq came with 45,000 visitors, followed by Kuwaitis with 40,057, then Jordanians with 33,417 tourists.

The boom in the tourism sector in Istanbul had a significant impact on the recovery of the Turkish economy, and tourism revenues in the country rose during the second quarter of this year, almost 3 times, while the number of tourists in the first half approached the levels of 2019.

According to official data, tourism revenues during the period from April to June of this year amounted to 8.72 billion dollars, an increase of 190% over the same period last year.

Tourism revenues in Turkey during the year 2021 amounted to about 25 billion dollars, achieving a strong recovery after the recession caused by the epidemic, but it remained much lower than the level achieved in 2019.

In nutshell, this was a quick overview of the latest statistics related to tourism in Istanbul. If you have any questions about tourism and travel in Istanbul, do not hesitate to contact us….

Greater Turkey team assist you with a full guidance about the most famous tourist areas in Istanbul, the costs of tourism in Turkey Istanbul, as well as everything related to extracting tourist residence in Turkey…

Our team of real estate experts also provides you with a free consultation on the nearest hotels and residential complexes close to the best tourist attractions in Istanbul to suit your needs and budget… Contact now!