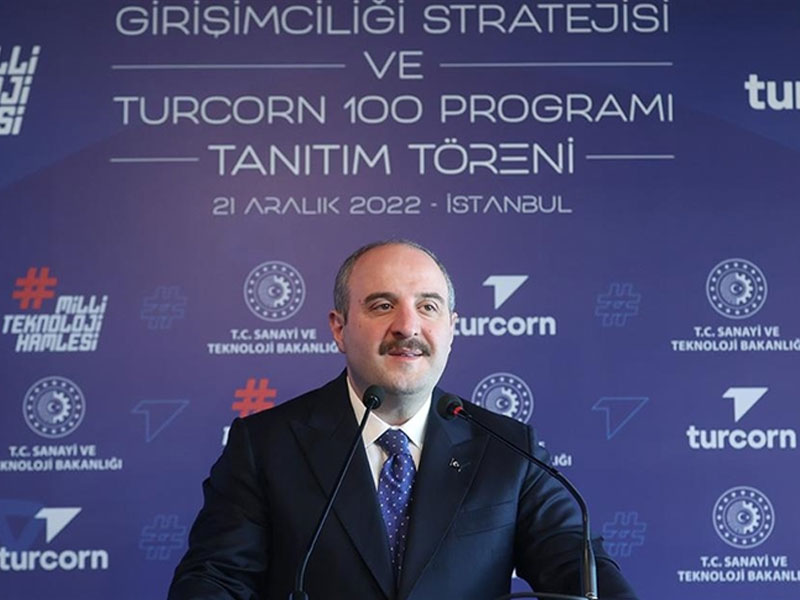 At the Istanbul Museum of Painting and Sculpture, the Minister of Industry and Technology Mustafa Varank, Chairman of Baykar Selçuk Bayraktar, representatives of 17 program partners, including the Investment Office, and executives of Turkish unicorns Getir, Hepsiburada, Insider, and Trendyol attended the launch event for the “National Technology Entrepreneurship Strategy and Turcorn 100 Program.”

Turkey has established goals concerning technology entrepreneurship, one of which is to have up to 100,000 tech firms by 2030. The Turcorn 100 Program’s specifics were also made public at the occasion, sticking with the plan. Through new support and experience-sharing programs, 100 Turcorns with values greater than $1 billion will be produced within the context of the 2030 Vision.

When it was his chance to speak, Minister Varank emphasized the value of tech entrepreneurship in the strategy and the function of startups in the economy. According to Minister Varank, our fundamental objective is to create a model entrepreneurial ecosystem that promotes the growth of a large talent pool, supports entrepreneurship, and offers funding options.

With investments totaling over USD 1.6 billion in 2021, 329 Turkish startups broke a record, placing Turkey among the top 10 nations for luring startup investments. In addition, Turkey has raised two decacorns and four unicorns in the past two years.

Obtaining Turkish Nationality : Everything you need to know!